Last fall we created a large pumpkin and squash display around the statue of Violet Grace, Queen of Pepper Place. When the veggie decorations began to get over ripe we hauled them to the dumpster. The very last butternut squash I picked up was soft and some of it was just a puddle of mush on the ground. I kicked a few leaves and bark over the slimy mess and didn’t think about it again until spring when lots of seedlings began to emerge. I quickly realized that the tiny seedlings were squash plants and so I decided to leave them be.

Soon the seedlings turned into vines that grew, and grew, and grew. Then large star-shaped yellow blooms began to unfurl every morning. The flowers opened up early but began to close as soon as the sun shone brightly on them. As the weather got warmer the leaves began to grow large and were flecked with silvery splotches. Next, a few baby butternut squash started forming on the vine.

Everyday someone comes in the shop asking questions about the Jack in the Beanstalk -like vine. They love it and talk about how beautiful it is. I wish I could take credit for planting it but it grew on its own. This summer we are enjoying ample rainfall making our squash plant extremely happy. In a 24 -hour period I saw this vine grow over 3 feet in length. It is running out of room on the ground so I’ve trained it to run up and over our large bottle arbor. 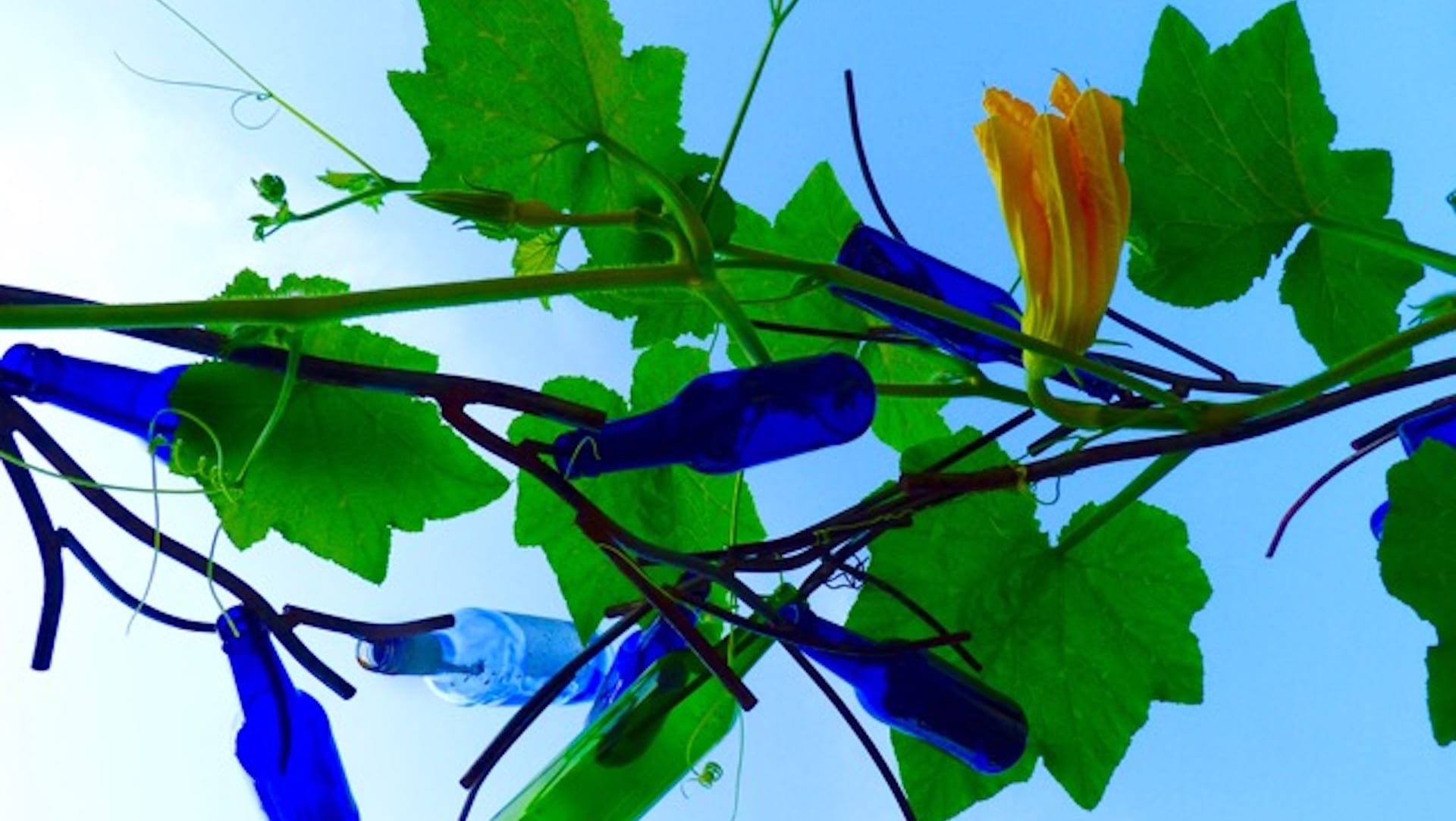 Although we all want to be in control of our gardens, ultimately we are not. We’re always at Mother Nature’s mercy, as we witnessed last year during the devastating drought. We should take and appreciate what we are given in our landscapes, and to be successful gardeners we must work with what we have been blessed with. Where I usually have lots of flowers growing, this summer I have a giant squash vine that’s dominating the landscape. It’s fun, different and where else have you seen a butternut squash vine growing over a bottle tree arbor? If you have lemons you make lemonade and if you have squash you better have a lot of space for this rambunctious rambler. And I’ve realized, that sometimes, it’s okay to be squashed.